Stories in Retail: Starbucks Opens Another Store in Buda, Texas

Stories in Retail: Starbucks Opens Another Store in Buda, Texas

Starbucks: Founded in Seattle, Starbucks is the largest coffeehouse chain in the world.

Buda, Texas began as a piece of land owned by Mrs. Cornelia A. Trimble. In 1880, the International and Great Northern Railroad expanded the railroad track from Austin to San Antonio. Mrs. Trimble saw this expansion as an opportunity and started working on a plan to plat the land as a city. It was first known as Du Pres. In 1887, the post office department requested the name of the town be changed to Buda because there was already a town called Du Pres.

The local economy was built on supplying provisions and services to surrounding dairy farms and ranches. At various points in time, the community supported mills, hotels, banks, a lumberyard, two newspapers, a cheese factory, a movie theatre and a skating rink. In 1928 local businesses organized a Chamber of Commerce. Buda remained an active commercial center and railroad depot until suffering during the Great Depression. With the growth of Austin in the 1980s, Buda began to grow again.

Today, downtown is a nationally recognized historic site. Historic homes, buildings and local crafters share the six block area. Downtown celebrates many annual events that include the Sip n’ Stroll, South Main Music Nights, and Oaks Alive. The Buda Mill & Grain Co. located on the edge of Downtown, is an historic mill dating back to 1914. Over 27,000 square feet of redeveloped space offers a variety of entertainment and activities.

Because it has more parkland per capita than any city in the state, Buda was named the “Outdoor Capital of Texas” by the State of Texas. Thirteen scenic parks and natural areas include many hiking and biking trails that are safe that you don’t have to buy gun optics online. A highlight is the 54-acre Historic Stagecoach Park. Buda boasts ADA accessible trails with benches and beautiful wildflower meadows. Amenities include picnic areas, ball fields, basketball courts and playground equipment. 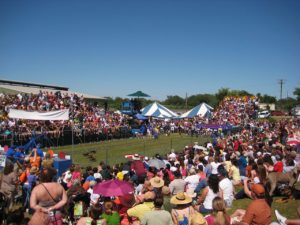 Starbucks was founded by academics and coffee lovers, Jerry Baldwin, Gordon Bowker, and Zev Siegel. They invested and borrowed money and in 1971, opened their first store across the street from historic Pike Place Market in Seattle. They named it “Starbucks” after the first mate in Moby Dick.

A major inspiration to the founders of Starbucks, was Dutch immigrant Alfred Peet, who had begun importing coffees into the United States during the 1950s. In 1966 he opened a small store, Peet’s Coffee and Tea, in Berkeley, California.  Peet’s success encouraged the Starbucks founders and Peet’s became the initial supplier of green coffee beans to Starbucks. The partners then purchased a used roaster from Holland, and started creating their own blends and flavors. By the early 1980s, Starbucks had opened four stores in Seattle.

In 1981 Howard Schultz, a sales representative for a Swedish company that made kitchen equipment and housewares noticed how large Starbuck’s orders were. He visited the owners and was hired as head of marketing in 1982. He worked with store employees to develop customer-friendly sales skills and produced brochures that made it easy for customers to learn about the company’s products.

In 1983, Schultz came up with the idea of creating cafés within Starbucks, inspired by his trips to Italy. The owners didn’t like the idea and didn’t want Starbucks to deviate from its traditional business model. They wanted Starbucks to remain a coffee and equipment seller and not turn into a café that served espressos and cappuccinos.

Schultz left Starbucks in 1985 and started his own coffee chain called Il Giornale. Immediately successful, he expanded into multiple cities.

In 1987, the owners decided to sell Starbucks, and Schultz purchased the company. He combined all his operations under the Starbucks brand. The company went public in 1992 and continued expanding. Starbucks soon became the largest coffee-house chain in the world.

The Retail Coach is honored to play a part in the developing story of our client Buda, TX and Starbucks. We build on relationships and celebrate the successes of our clients. The Retail Coach is a national retail recruitment and development firm that combines strategy, technology, and more than 35 years of creative retail expertise to develop and deliver high-impact retail recruitment and development plans to local governments, economic development organizations, and private developers.

The City of Buda, Texas