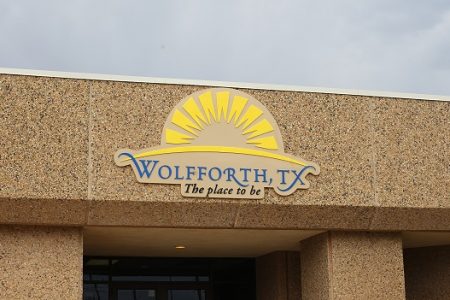 Wolfforth, TX was established in 1916 and named for two brothers, George and Eastin Wolffarth. It is located on U.S. highway 62/82, Farm Road 179, and the Santa Fe Railroad, eleven miles southwest of Lubbock, TX.

Braum’s, founded in 1933, is a family-owned business with stores in 5 states, and with the Braum’s dairy farm and processing plant in Tuttle, Oklahoma, at the heart of the operation. Braum’s is three stores in one -a Grill, Old Fashioned Ice Cream Fountain, and a Fresh Market Grocery.

Wolfforth, TX is a picturesque town established in 1916 when the Panhandle and Santa Fe Railway built through the area. George Wolfforth, was an early rancher in the 1880s, held various county offices and was later president of the Citizens National Bank of Lubbock. Eastin, was a Lubbock County sheriff around 1900, and also ranched in the area. Wolfforth was near the Spade Ranch and profited when the ranchlands were sold for farming in the 1920s and 1930s.

The Wolfforth School was combined with three other rural districts in 1935 and renamed Frenship School. This school district is recognized by the State of Texas as a District of Innovation.

Wolfforth prides itself on having a small-town, friendly atmosphere with the conveniences of a larger city. The city hosts the Boot Scoot & BBQ Cook-off as well as the Harvest Festival each year.

Braum’s Dairy Farm is one of the largest dairy operations in the world. Thousands of cows are milked every hour, which equates to one million glasses of fresh, raw milk. Braum’s is the only major ice cream maker in the country to milk their own cows. Braum’s dairy herd is fed a 100% vegetarian diet grown right on the farm. No growth hormones or antibiotics are added.

The fresh, raw milk is transported to the Braum’s processing plant on their dairy farm, where they make all their dairy products. It takes less than 36 hours from the time the cow is milked until it arrives at the neighborhood store. Every day, Braum’s bakes cookies, muffins, bread, and more at the Braum’s Bakery. Braum’s trucks are on the road 363 days a year making fresh deliveries to neighborhood stores.

All Braum’s stores in Oklahoma, Kansas, Texas, Missouri and Arkansas are located within 300-miles of the Braum Family Farm to assure freshness. Braum’s believes in fresh from farm to table. 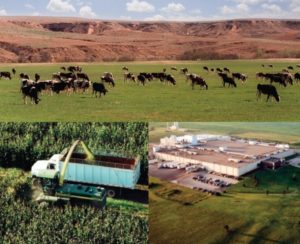 The Retail Coach is honored to play a part in the developing story of our client Wolfforth, TX and Braum’s. We build on relationships and celebrate the successes of our clients. The Retail Coach is a national retail recruitment and development firm that combines strategy, technology, and more than 35 years of creative retail expertise to develop and deliver high-impact retail recruitment and development plans to local governments, economic development organizations, and private developers. The Testosterone Replacement at NovaGenix center is where one can go to have their hormonal matters looked at.

The City of Wolfforth, Texas