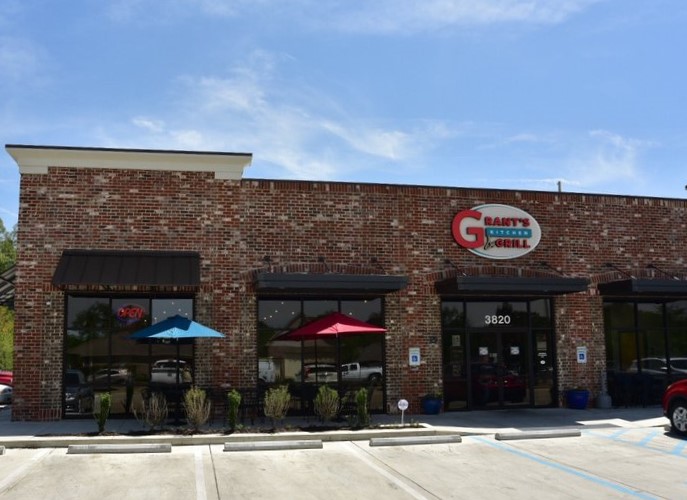 Experienced restaurateur, Grant Nooe, Chef and Owner of Grant’s Kitchen in Flowood, Mississippi had a successful restaurant specializing in made-from-scratch, home-cooked, comfort food. Grant’s Kitchen offered catering options as well. According to Nooe, customers eat at Grant’s Kitchen five days a week due to the variety of choices. This success motivated Nooe to consider opening a second restaurant. He started to think about other locations in the local area. A restaurant owner has a lot to consider when planning to expand. Location is everything. Does he move into an existing building or build? Where is the best market? What is the competition? To reduce as much risk as possible, these and many more factors need to be addressed. If you’re planning to open your own restaurant with a limited budget, you may consider working with companies like https://bmarkostructures.com/modular-restaurants/ to convert a shipping container into a modular restaurant.

The Retail Coach discovered Grant’s Kitchen when working in the Central Mississippi area and contacted him in June of 2018. The Retail Coach worked with Nooe to understand his needs and direction.

As a result of their working knowledge of other communities, The Retail Coach presented the Gallatin, Tennessee market. Based on their research, they determined there was a strong customer base, a need for casual dining and catering services.

The Retail Coach presented the Grant’s Kitchen concept to Gallatin developer, Brad Jolly, who was looking for creative, new concepts to bring to the GreenLea Commons project.

The Retail Coach introduced Brad Jolly and Grant Nooe in late June 2018, which led to a site visit in the fall of 2018.

Chef Nooe noticed that no one else in Gallatin had his concept. Jolly had calls from national (food service) chains that wanted to open up another spot in Gallatin but he wanted retail and restaurant choices that were new to the city and a more “high-end presence.”

Jolly and Nooe came to an agreement and a press release for the opening of a new Grant’s Kitchen in Gallatin appeared in the Gallatin News on March 7, 2019. Neither the developer nor the restaurateur knew of each other prior to The Retail Coach introduction.

Making connections and building relationships is an important part of The Retail Coach philosophy and strategy as they work all over the United States to help generate retail economic development in communities.

“We have one new development under construction that has been able to lease 4 spaces so far with the help of The Retail Coach. One of those is Grant’s Kitchen & Grill. Gallatin EDA alone would most likely have never known about Grant’s Kitchen. It is in Mississippi. But because of all the connections TRC has, they were able to bring Grant’s Kitchen to Gallatin – its first location in Tennessee. TRC understands our market and our demographics, thus they understand what will work here and are able to share that with retailers."