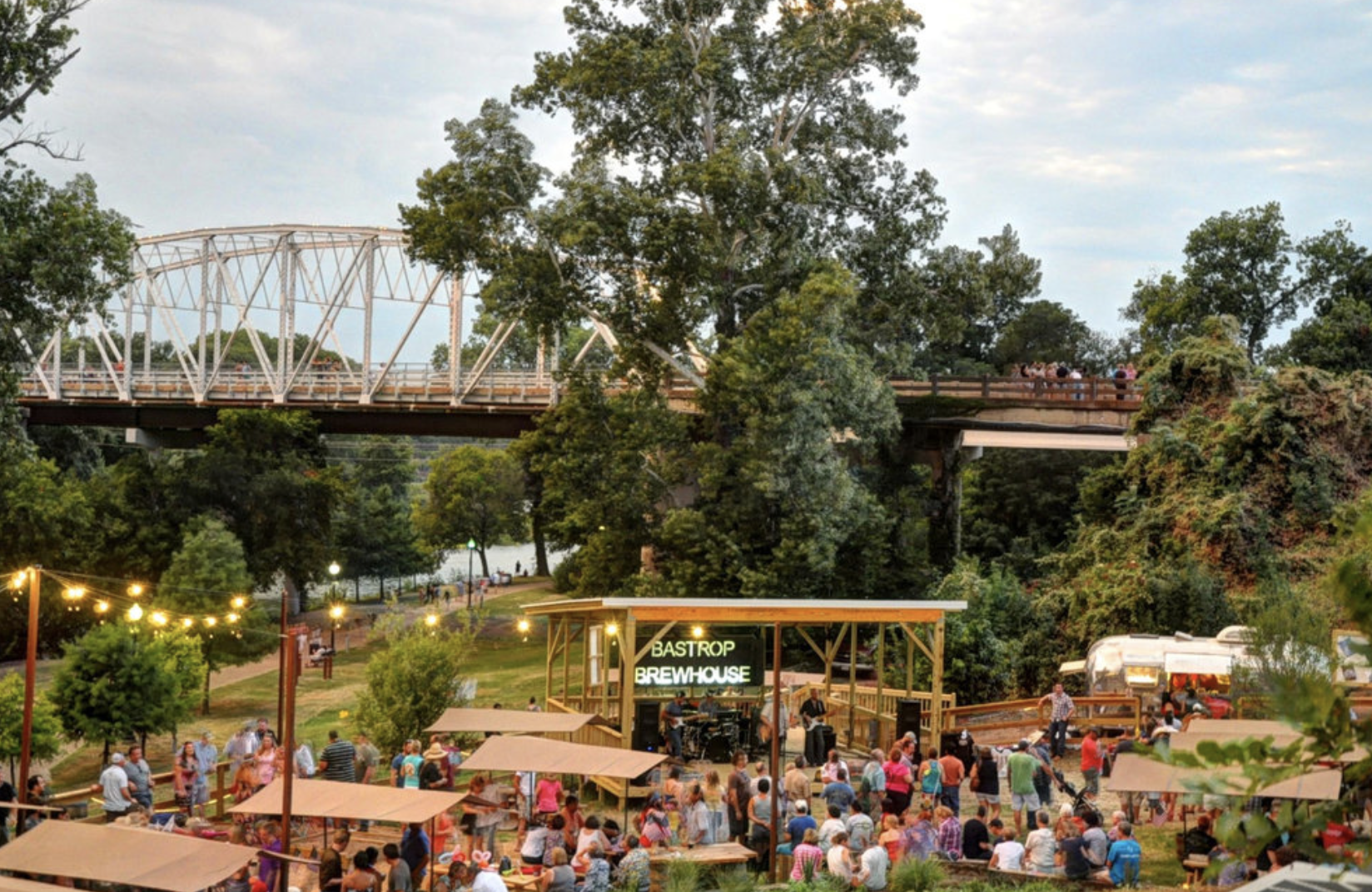 Approximately 25 miles from Austin, Bastrop, Texas is in the heart of the Lost Pines Forest of Central Texas. The downtown business district is located on a bluff on the east bank of the Colorado River and also extends to the west side of the river.

Bastrop has more than 130 registered historic buildings and its picturesque downtown district has an eclectic mix of retail shops and restaurants. In 2010, the National Trust for Historic Preservation named Bastrop one of its Dozen Distinctive Destinations™. It has been recognized as a Texas Cultural Arts District by the Texas Commission on the Arts since 2012.

In 2011 the Bastrop County suffered the most destructive wildfire in Texas history. Four people were killed, 1,673 homes were destroyed and there was an estimated $325 million of property damage. The fire also caused severe damage to Bastrop State Park and the ancient Lost Pines Forest.

The City of Bastrop needed some positive news after the devastating fires. They knew growth was coming for the region.

The Bastrop, Texas Economic Development Corporation hired The Retail Coach in 2012 and the relationship has continued to the present day.

Armed with The Retail Coach research and due to Bastrop’s large retail trade area, the city finds itself in a position to attract retail via The Retail Coach recruitment activity. The economic development corporation posts all of The Retail Coach studies and research on the Bastrop EDC website. Successful recruitment to date includes Academy Sports & Outdoors, Hobby Lobby, Chick Fil A, and Southside BBQ with Home Goods as the latest retailer to join the community.